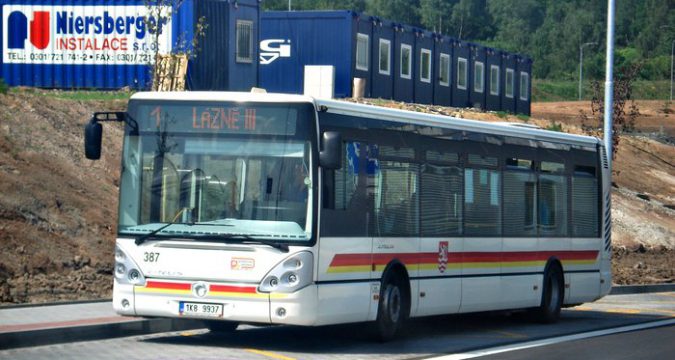 Line number 1 of the Karlovy Vary city bus service connects the city centre with the fisherman’s quarters, Dvory and Tašovice. Its final stop is located only in the independent village of Jenišov. It is provided exclusively by standard low-floor buses.

After the establishment of the Karlovy Vary Transport Company, in 1954, it was rebranded as line number 1. Similarly, between 1957 and 1966, the “number one” went to the Upper Railway Station. From 1958 it was extended to a porcelain factory in Dvory.

Starting on August 1, 1961, after the city buses were banned from entering the spa colonnade, it is routed from the Main Post Office through the View point to the upper station of the Imperial Cable Car. From January 30, 1971, like most other urban transport lines, it began to drive down Warsaw Street to the city market, where the central transfer point was relocated instead of the main post office. In fact, it has been guided through here since July 1969, secretly due to the construction of the Thermal Hotel.

In November 1987 it began to be led from The Market to Horní Drahovice, to the final Lidická. Like the previous change, however, this has been implemented in practice before. She had been driving to Lidická street since 1983, due to the unnecessary need of the operation of the upper station of the Imperial cable car, which was not in operation at that time due to reconstruction.

Another change came in 1990, when it was extended from Lidická Street to the stop Stará Kysibelská. This situation did not last long, already on September 1, 1993 there was again a shortening to Lidická. The “number one” returned to the spa area on April 1, 2001. From the Market Terminal, I. P. Pavlova street leads to the Spa III building.

In connection with the construction of the regional office building in Dvory, the selected services were extended to the Říční Stop from 4 June 2001. As of 1 July of the same year, the Regional Office would be one more stop away from the newly built turnaround. In the same year, she started driving again to the Upper Station.

Another change was made to line number 1 on April 25, 2008, when it was extended from the regional office building via Tašovice to the Globus hypermarket in Jenišov. The scale of traffic has changed repeatedly here and today it is already creating the backbone of local transport in this area.

So far, the last change of route has passed line number 1 since March 26, 2018. Selected connections are extended from Globus to the stop “Jenišov, composting plant” to the village square in Jenišov. There are nine pairs of services on weekdays and five on weekends.

In the past, school services to the village of Hory were also part of the “number one”. There are no school connections today, but there are several cases of branching out of the route. Only selected services run to Tašovice in two variants. The regional office stops are only available until 8 pm daily. Several services are terminated at the Dvory stop or in the Market Terminal. 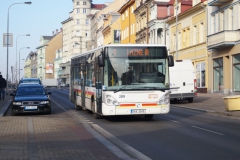 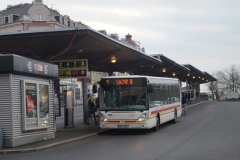 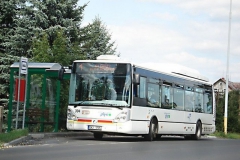 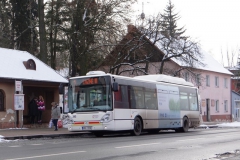 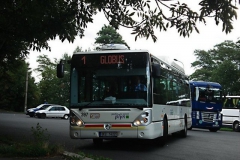 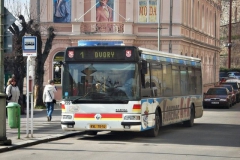 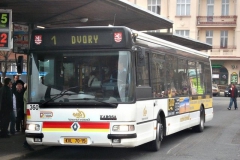 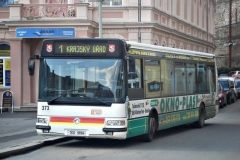 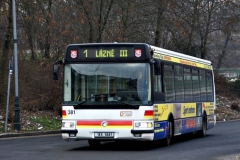 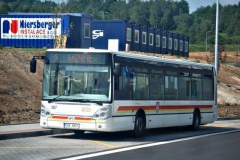 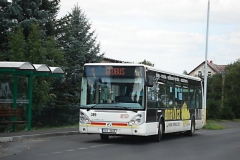 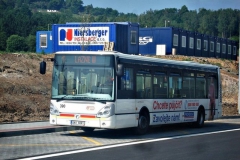 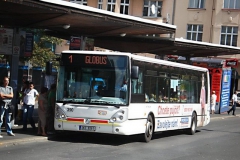 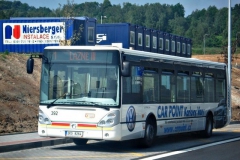 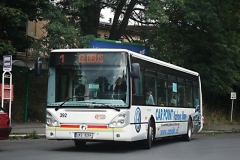