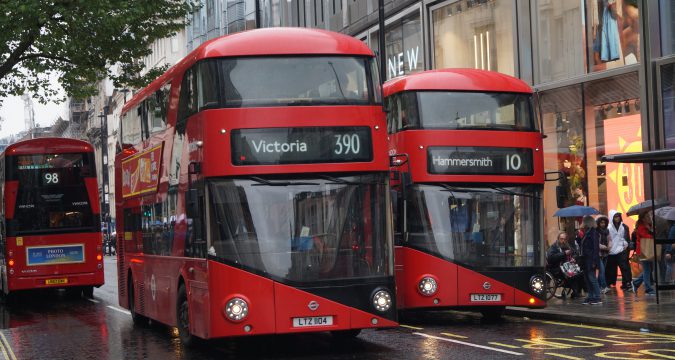 London is the capital of the United Kingdom of Great Britain and Northern Ireland, located in the south-east of the island on the River Thames. It has a population of more than 8 million. Post-war migration, in particular, has made London a multicultural city of international importance.

The first village on the site of today’s city, called Londonium, was founded in 43 by the Romans. Already in the second century there lived around 60 thousand inhabitants. It wasn’t until the 12th century that London took over as capital after Winchester. Between 1831 and 1925 it was the largest city in the world.

In the early days of the city’s creation, there were two separately developing areas – London (now a district called the City) and the Royal Quarter of Westminster. The two gradually expanded until they merged. However, the biggest increase occurred only in 1965, when the administrative breakdown of the city was completely changed, other previously independent municipalities were attached, and since then the term Greater London, which includes the City and 32 boroughs, has been used.

A list of tourist attractions in London would be published on a variety of separate articles. However, when visiting the city, you should definitely not forget Tower Bridge, the giant London Eye observation wheel or the Royal Palace of Westminster with the adjacent Big Ben Tower.

The first steam railway ran in London in 1801. Today there are a total of 13 railway stations and a number of other railway stops around the city. Eurostar high-speed trains connect London with Paris (journey time 2 hours 15 minutes) and Brussels (1 hour 51 minutes).

In December 1861, the first trams appeared in London, passing through Westminster’s Victoria Street. Their network began to grow gradually and in 1901 the operation of electric cars was introduced for the first time instead of horse-running. Later, however, trams began to be considered an outsm exchange, after 1935 a number of routes were destroyed and in July 1952 London trams were last released.

However, the cancellation of London’s tram service was not definitive. Since 2000, a total of three tram lines have been opened in south London, meeting at West Croydon Railway Station. There are 24 Flexity Swift kits from Bombardier in Vienna.

The constant increase in the population in the 19th century prompted the construction of the very first subway in the world, which set off in London in 1863. Today, a total of 12 lines are in operation and carry approximately 3 million passengers a day.

The metro station is easy to find thanks to the distinctive red-blue Underground logo at all entrances from the surface, which has been used since 1916. Each line is not distinguished by numbers or letters, but has its own names (Bakerloo, Central, Circle, District, Hammersmith, Jubilee, Metropolitan, Northern, Piccadilly, Victoria and Waterloo) and each is assigned a unique color.

Even though neither london underground line is fully automated, the youngest metro line from 1979, called the Jubilee Line, may look like this. Glass partitions are built along the platforms, which open automatically only after the metro stops at the station. Their purpose so far, however, is, at least for now, to ensure greater safety on the platform and to keep the air cool inside the tube.

On most metro lines, there are six to eight carriage sets (excluding the Waterloo line with four carriage sets) of Stock cars. However, some of the original stations are not adapted to operate such long sets, so the last two cars remain in the tunnel. At each door of the kit there are stations where the last cars cannot be disembarked and passengers are also informed in advance by radio.

Orientation in the metro is very easy, and at each junction of the transfer corridors there are information boards containing the names of all stations, where trains stop at the platform where the corridors lead. However, some stations have up to 5 metro lines and a time reserve is required for transfers. In addition to standard escalators, there are also moving walkways in some transfer stations to reduce movement time.

In the second half of the 20th century, the metro network was gradually supplemented by the overground network. These are city trains that use former railway lines, current railway lines and, in several cases, even metro tracks on their routes. They run at significantly longer intervals than the metro and are mainly used for commuting from the outskirts of the city.

Since 1987, the metro network has been supplemented by docklands light railway (DLR) lines using smaller driverless trains. Most of the routes run along the surface and cover mainly east London and around Greenwich.

Despite the city’s excellent rail coverage, london’s bus network is one of the largest in the world. Almost 8,000 buses leave daily on approximately 700 lines. One of the symbols of the city is the double-decker red Doubledecker buses, which make up more than half of the fleet.

The operation is provided exclusively by private carriers, who must, however, adhere to strict fleet quality standards. Although the iconic AEC Routemaster was discontinued in 2013, wrightbus, volvo and alexander-dennis are now their modern followers.

Selected bus lines, especially in the city centre, are open 24 hours or at least have selected services during the night. In parallel with them, however, there is also a network of night bus lines during the night with a central transfer point to Trafalgar Square, replacing mainly the interrupted operation of metro lines and above-ground railways.

The city’s transport includes several shipping lines operating along the Thames. In only one case, however, it is a ferry (in woolwich), the rest of the boats sail downstream and form an interesting system, as each line has only selected quays where it stops, so that the boats are overtaking each other on the Thames or crossing between them. As the standard city fare applies on boats, especially in the central part of the city, they are widely used by tourists (ordinary sightseeing trips cost approximately 10 times as much).

Fares in public transport are paid through not very advantageous one-time tickets, or through the much more advantageous Oyster Card. This is the card to which you will upload your chosen amount, and in individual vehicles or on turnstiles in the subway, the deposited funds are gradually deducted. A deposit of £5 is charged when the card is acquired and is refundable upon return. It can be bought in a number of shops and vending machines are also located in all metro stations, railway stations, docks, etc. All automata can not only charge the card, but also issue it directly. The cards set a daily limit (from midnight to midnight) that you already travel for free when you cross that day. Currently, £4.50 when travelling only by bus and tram, or up to £8.40 when travelling by tube or rail. Payment of cash fares in means of transport is not possible.

On the outskirts of town, from Greenwich to royal victoria docs, there is a very remarkable cable car operated by Emirates 24/7. Its length is more than 1 km, surpassing 34 cabins at a speed of 6 m/s at a height of up to 90 meters above the ground. Although it is not integrated into the public transport system, it is cheaper to drive a pound when paying with oystercard credit.

According to a BBC survey in 2006, despite occasional blackouts or over-inflates, London’s public transport was voted the best in the world. It is run by Transport for London (TfL), run directly by the city’s mayor.

London is also a very important crossroads of air transport. Heathrow City Airport handling the most passengers per year of any airport in the world. City, Gatwick, Stansted, Luton, Southend and Biggin Hill airports are also located in and around the city.